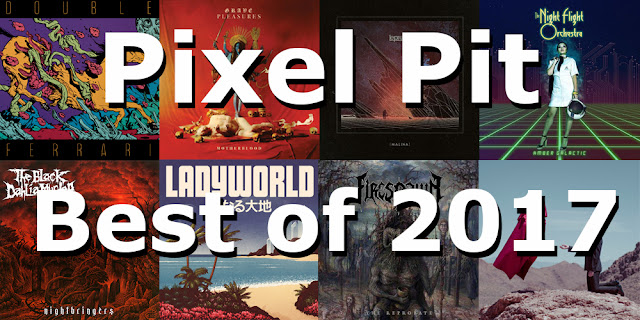 Hails and pixels! The first month of 2018 is almost over and here I am just finally publishing my favorite metal albums of 2017! To be honest, I didn't think I would end up making a list because while I did have some favorites; there not enough standouts in my opinion to narrow down the list to fifteen. With some downtime I did manage to create a top fifteen of 2017, so here it is! But let's start off with the runner ups. There are a lot of them. About 180 albums or so that I deemed worthy enough for my favor but not enough to say they are my absolute favorite.

Read more »
Posted by Travis Bolek at 7:43 PM No comments: 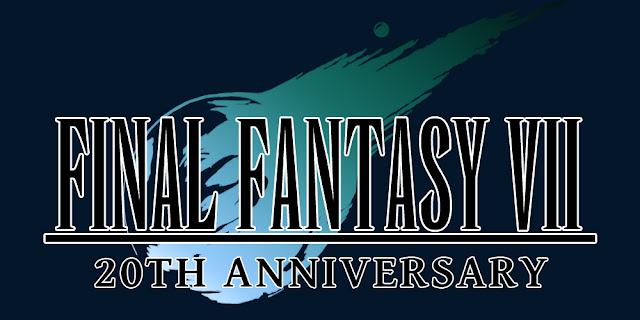 I was kind of late to the Final Fantasy party by the time that seven was announced. It was a huge upheaval for Square to leave Nintendo for greener pastures at Sony. But that impact was lost on me since I never really played a Final Fantasy game at that point. I did rent Final Fantasy II (IV) at one point but the random encounters frustrated me and I shortly gave up on it. I did, however, see some advertisements for Final Fantasy VII on TV and that blew me away. Video games just did not look like that in 1997. Final Fantasy VII would not be the game that made me want to get a Playstation (that would be Metal Gear Solid) but it would definitely be a game that I would want to have in my library. I picked up Final Fantasy VII at a local used game store, Games Plus, about a year after it was already released. By that point I was more familiar with RPGs after playing through Earthbound, Chrono Trigger, and Super Mario RPG. I got into the game so late that I already knew that Aeris died at some point in the game but that didn’t diminish my enjoyment of the sprawling RPG. Most RPGs are set in a medieval type fantasy world and Final Fantasy hasn’t been much different until VI and VII came along. Their take of a mythical world in dieselpunk, blending dystopian metropolises with fantasy, and heavy handed environmentalism, was something new to me and a lot of other players. Nobuo Uematsu’s soundtrack has stuck with me ever since I heard the first notes of Bombing Mission. Final Fantasy VII also helped foster a love of video game music. The country twang of Farm Boy to the heavy metal of Still More Fighting to the operatic bombast of One Winged Angel made sure that the soundtrack would be cemented in my brain for years to come. While I was learning guitar, several songs from the soundtrack became a staple including Cosmo Canyon and J-E-N-O-V-A, which I learned by ear. We are still several years away from the remake which will change a lot of things about the original game. Some of it for the better and others for the worse because nostalgia will not allow us to really appreciate it and because Square Enix is trying to capture lightning in a bottle twice. It’s certainly dated by today’s standards and it has a lot of annoying conventions (random encounters) but it is an important title to video games and to this gamer.

Posted by Travis Bolek at 4:25 PM No comments:

Video Games Are Better With Stories 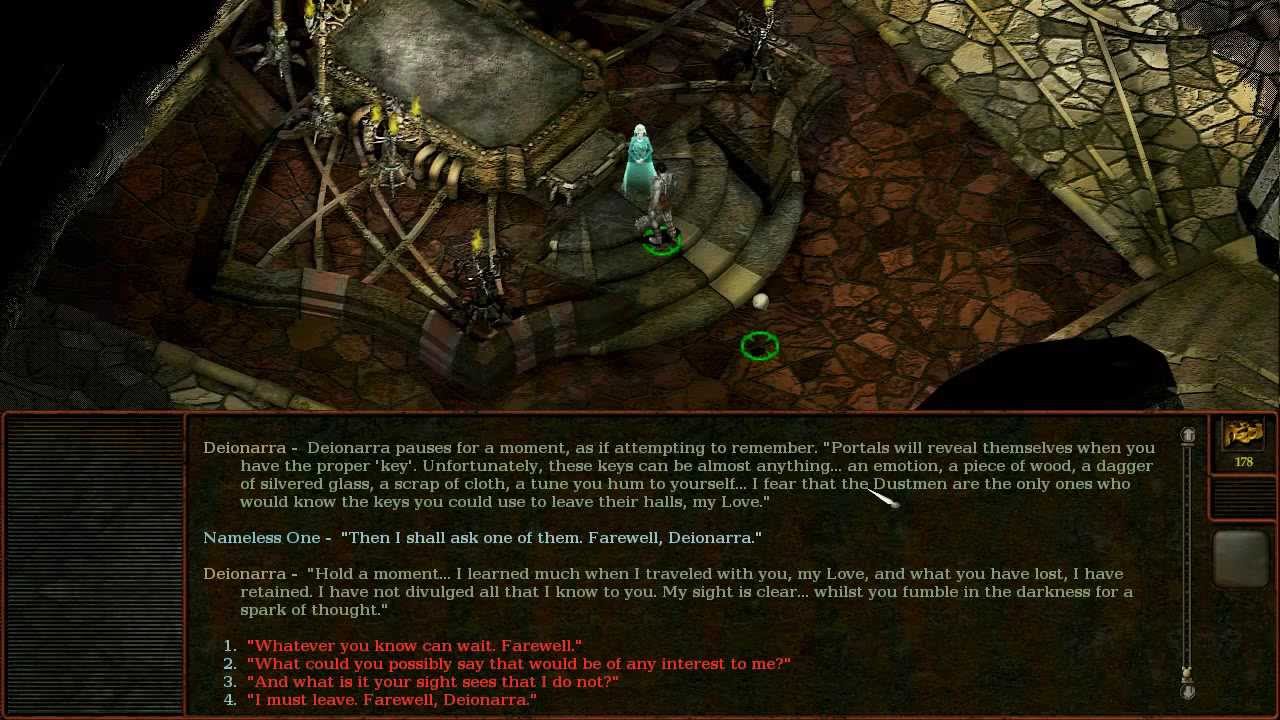 The debate on whether or not that video games should have a story is an ongoing one for several decades. Original Witcher writer Andrzej Sapkowski notoriously has disdain for video games as a vehicle for storytelling. Ian Bogost poured gasoline over the smoldering topic at the Atlantic with his article “Video Games are Better Without Stories”. With his emphasis on first person perspective games, he left out a lot of video games that do have compelling stories, even if the player can choose to ignore what is happening and wreck shit.


Bogost fails to even mention role playing games in his article about video game narratives. The very genre itself is typically held up as an example of good storytelling in video games. The roots of RPGs can be traced back to J.R.R. Tolkien and Dungeons & Dragons. Some of the more well known games like Baldur’s Gate and Planescape: Torment are praised for their storylines and player agency. In  Planescape: Torment, the player has the ability to converse with an enemy in order to get out of conflict. Just about every action in the game has as a player dictated choice that can lead to surprising and sometimes mundane outcomes. If there was not a narrative attached to the game then the player will more than likely not be motivated to progress.


Even with a game as light on the narrative like Doom, pulls influence from its own narrative. The influential game is about a space marine, alone on Mars, to slaughter thousands of demons from Hell. The game could easily have been something else and it could have been just as influential. What if Doom did not have a narrative at all? It would just be a game about raytraced geometric shapes that explode when clicked on. Through the narrative that Doom has established we can follow what is going and why we are motivated to mow down demons. It is a very simple story but it is one that gives Doom its personality and aides in its influence on video games and pop culture.


What if we strip away the narrative from a game like Mass Effect? Would it be better. I do not think it would be better. You would be left with the core elements of a corridor shooter and able to explore a landscape that would be meaningless. The science fiction space opera like Mass Effect benefits greatly from having a narrative. It informs the setting, the characters, the motivation of the characters, and the theme. Without it, you might as well just play with gray geometric shapes.


Are video games better without stories? They are not. However, it is not necessary for all video games to have a story. A game like Pong or Tetris functions well without a story. Players are welcome, however, to craft their own narrative. In the absence of a story or even a thin story, players will come up with something for their own amusement. 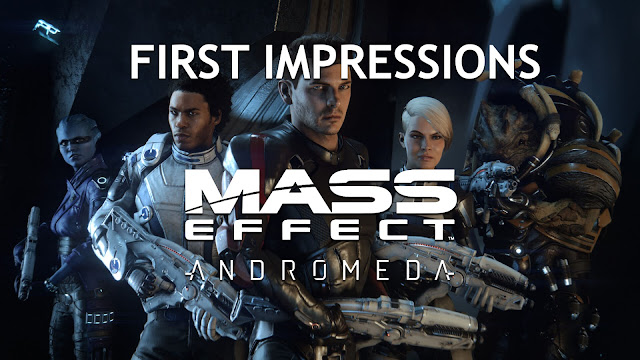 Mass Effect was the game that finally convinced me to get an Xbox 360. An epic space opera RPG series from BioWare meant that it was a day one purchase. Subsequently, every title under its deluxe edition aftewards was purchased day one. Mass Effect easily became one of my favorite video game series and yet, I wasn’t that excited for Mass Effect: Andromeda. I did end up purchasing that game under its deluxe edition on the first day but even after 11 hours thus far in our neighbor’s galaxy, I don’t feel as enthused as I have with the original trilogy.

Read more »
Posted by Travis Bolek at 8:08 PM No comments: 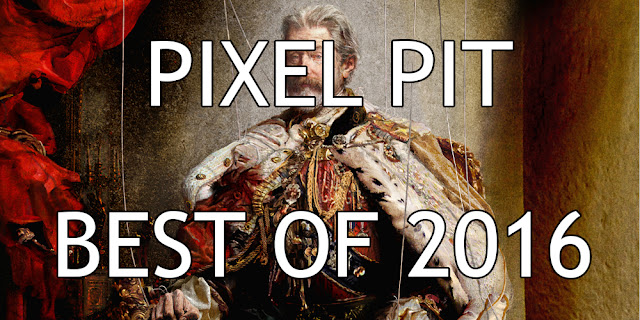 Two-thousand and sixteen can just go hang itself, am I right? While the year might be overall garbage, it did at least provide a good amount of metal. Once again there was a lot of metal that I listened to and I narrowed them down to my ten favorites. There were not a lot of stand outs for me at first but once I started deliberating what would be included in my list, it became apparent what the top ten really were. Here are my ten albums of 2016!
Read more »
Posted by Travis Bolek at 8:34 PM No comments:

Hails and pixels gaming metalheads! I come forth bearing gifts for myself! A few months ago I decided that I am going to go for a complete American Nintendo 64 game library. I already have about fifty titles in my collection and seeing as there is just under 300, I figured I'd give it a shot. There are enough titles for that console that I want that I would end up with a number coming pretty close to a complete collection. Add to the fact that there are not many games that are super-expensive (a handful break the $100 mark usually and I have a few of the harder to find and expensive ones already) and I figured it wouldn't be that difficult to collect. Here is what I picked up today!

Read more »
Posted by Travis Bolek at 3:31 PM No comments: 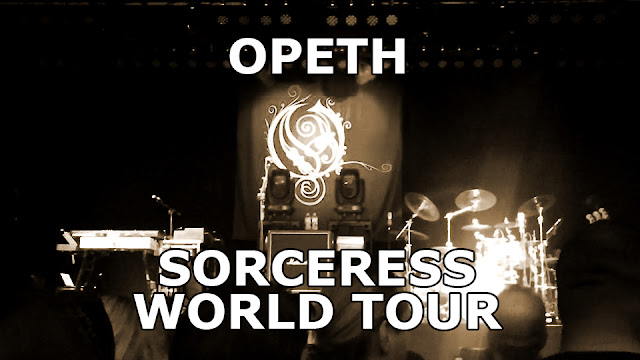 I have seen a lot of bands live in the three decades that I have existed on this rock in space. The only band that I’ve seen nearly a dozen times is Opeth. To say that they’re my favorite band is an understatement. I first saw them when they were on the Blackest of Black tour back in 2003. They only played two songs but it was amazing. I have caught them nearly every time that they came through the valley. On the rare chance that they didn’t come directly through the Phoenix area then I would usually travel to a neighboring city to see them. With the release of Sorceress earlier this year it was time for Opeth to embark on their world tour.

Read more »
Posted by Travis Bolek at 6:16 PM No comments:

Travis Bolek
What's there to know?